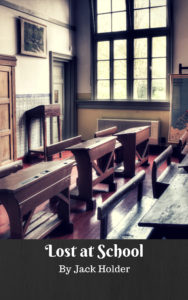 We were woken up with a bomb.

A small one. Just enough to get our attention, and tear apart our new front door. A front door I had made, mind you, and had just gotten to fit right. The remains of some rubble, sure, but I was proud of it.

I woke with a start. And stopped. A bomb? There was no way that was a bomb. We were in the middle of Gratitude. They wouldn’t do anything that loud this early in the morning, would they?

A fireball burst against the walls of the spire. I sat up, and nodded. “Right. Bomb.”

I threw on some pants crumpled by my bed, and sighed. “It wasn’t me this time. Wake up Lana, I think we’re under attack.”

Sela nodded, and rolled out of bed. I grabbed my staff, stopped, and laughed.

It was probably one of the reasons we were under siege. The spire we were living in had until recently been the lair of a wyvern. Which wasn’t a problem, wyverns had a right to a home too. Except this spire was in the middle of a city, and the animal had taken over by killing anything that had come into its territory.

I paused in my dressing. That sort of explained how we showed up in Gratitude and taken over the spire too. Maybe that was it.

Though it could also have been me declaring that our territory was going to be crime free. Six square blocks in the middle of the most corrupt city on the West Coast, quite possibly on the planet.

I had stood just outside the ruined front door, and said that anyone who came into our territory was protected. There would be no more thieves, no crime, and certainly no murder. If you lived where we did, you had to behave.

Someone bellowed a challenge from outside. Sela carried a still-drowsy Lana out.

Lana flew up to the ceiling, and looked down. “What’s taking them so long?”

“Good question,” Sela said. “We declared ourselves public enemy number one three days ago. And then we beat up the Mayor. What took them so long to do this?”

“Probably just figuring out jurisdiction,” I said. “They all want our heads, but only one of the gangs is going to have an opportunity.”

A mess. Merryl would say this is all a mess. When I made that statement, I knew that it would lead to trouble. That it was a challenge to all criminals to come get us. And…it kind of was.

But I had to. It was the only way I thought we could make some change.

“Where are those…” the raised voices echoed up the stairs.

I looked to Darkling and Lady Violet. They nodded back, grim. Time to work.

This entry was posted in Lost Heroines, Short Stories. Bookmark the permalink.