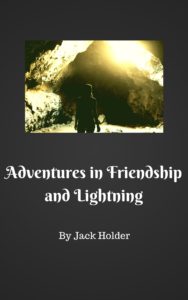 He wasn’t bored. Mister Path’s lectures were exciting, especially in his class on artifacts and the effect time and legend has upon them. They were full of stories, and debates on the very matter of magic, something the young ogre mage desperately wanted to know more about.

In fact, Mister Path was in the middle of one such story now. “Imagine it, if you will. The great armies of the North, allayed against a single noble’s valley. Dwarves, elves, the treemen before they fell into legend, even humans, all struggled against the great frozen Valley of the Diamond Countess. Night after night they fell beneath her powers and that of her frozen necklace. Until, in one night it all disappeared.”

The centaur paused, and looked at his students, eyebrow raised. “There have been many legends of the Diamond Countess and her valley of ice. The fact that not a trace of her actual legacy is here for magical experts to identify has led to many different theories about what sort of horde may have existed, or may still exist.”

His tail swished out, catching Bin by the hair. The boy woke with a start and a yelp. “Forty-two!” He shouted.

Mister Path chuckled. “Yes, there may even be forty two items that are still around. But, perhaps you may be able to give an actual opinion of the Diamond Countess?”

Bin frowned, and wracked his brain. Diamond Countess, Diamond Countess…what class was he in at the moment? The young ogre was so far behind the rest of the apprentices, he had to spend every waking moment stuck in books. He must have been studying too long and forgot to sleep last night.

He couldn’t just stand there. The centaur didn’t like him already, and this wasn’t going to help. Mister Path was glaring at him, so something to do with older magic…the Valley! Third book of the evening, velvet with silver etchings.

“I think that we can’t just say that she had a hoard, Master.” He said. “Without any evidence of one, that is.”

“In the second century after the Folly? A human ruler?” Mister Path scoffed. “Don’t be absurd. That race could barely weave a cantrip together at the time. Without relying on more ancient magics, it is impossible for the Countess to have amassed such power.”

The humans darkened, and glared at the centaur. Even millennia later, they were still treated as second class citizens. Mister Path looked back at them, challenging a response.

Bin’s head hurt. He needed to respond, but he couldn’t exactly think. Everything seemed fuzzy.

“No response, Bin?” Mister Path asked. “Or perhaps you did not do the reading.”

“Hard? To read?” mister Path smiled in sympathy. “Perhaps you need a few remedial classes, then.”

Bin stood up, and glared at Mister Path.

“What is your proof that the Diamond Countess had an artifact?” The mage demanded.

“Common sense.” The centaur shot back. “Something required of any true mage.”

“No. I feel better elsewhere.”

Bin needed air. He was failing that class anyways. Mister Path was just one of the Masters who hated him.