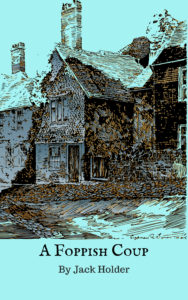 To say that there are differences between men and women is about as wit-filled as to remark on how different a dog is from a rose in bloom. And yet it happens so often that both receive the same treatment. A rose is yelled at for not growing fast enough, is denied water due to laziness of its supposed master. And throttled for the crime of pricking when it is strangled.

Women are the rose of life. Too often we are admired for our beauty, put on a pedestal, and forgotten. When we assert ourselves, we are broken apart and given as pretty gifts to children and other roses that dared not rise above their stations. And if we are wise enough to remain silent, and to remain beautiful, and kind, and pacifist, we are rewarded with a loving cut that shears us from life in winter, so that other, better roses, have room to grow in spring.

But now a rose holds the crown. One that isn’t afraid to prick, one that may even have a poisoned thorn. Dear friend, what will happen when the foolish dogs realize that they cannot merely pluck this rose from their boughs? What happens when they realize that their bite cannot match my sting?

“What we have here is a tyrannical woman, trying to impose her silly fantasies on an entire nation!”

How did this man get in the building? He stood on top of the bar, clumsy feet knocking over drinks and sending the patrons to their feet. A poor man, dirty, his clothes torn and weathered. But his eyes were alight, and his voice was clear and forceful.

“Queen Viola, for that is how she believes herself to be, has started a bloody reign that is both as dominating as it is feckless! In one hand she destroys our nobility, while at the other she caters to beasts, to fairies…to laying with the very trees!”

There were shouts for him to shut up. Others for him to be thrown out into the bright of day. It was barely after noon, not the time for politics.

“If the gentleman from the lower part of a ditch would wish to continue,” a man in a much finer cloak said. “Perhaps he would permit us to dunk him in the river? Far be it for him to assault our noses as well as our ears!”

“Lord Canterwight!” The man fell to his knees. However, this was impossible given the length of the bar, and he tumbled off the bar, hitting a stool on his way down into the floor. He remained sprawled, managing to turn it into a measure of obeisance.

“My apologies, my lord,” the man said. “I am so, so grateful that you have given your house to this establishment, and to have us speak is the essence of freedom.”

“An essence,” Lord Canterwright mused. “That can be revoked. Especially if our dear Countess’ best friend and her wards are supposed to be enjoying a luncheon at my request.”

This entry was posted in In Constant Fealty, Short Stories. Bookmark the permalink.